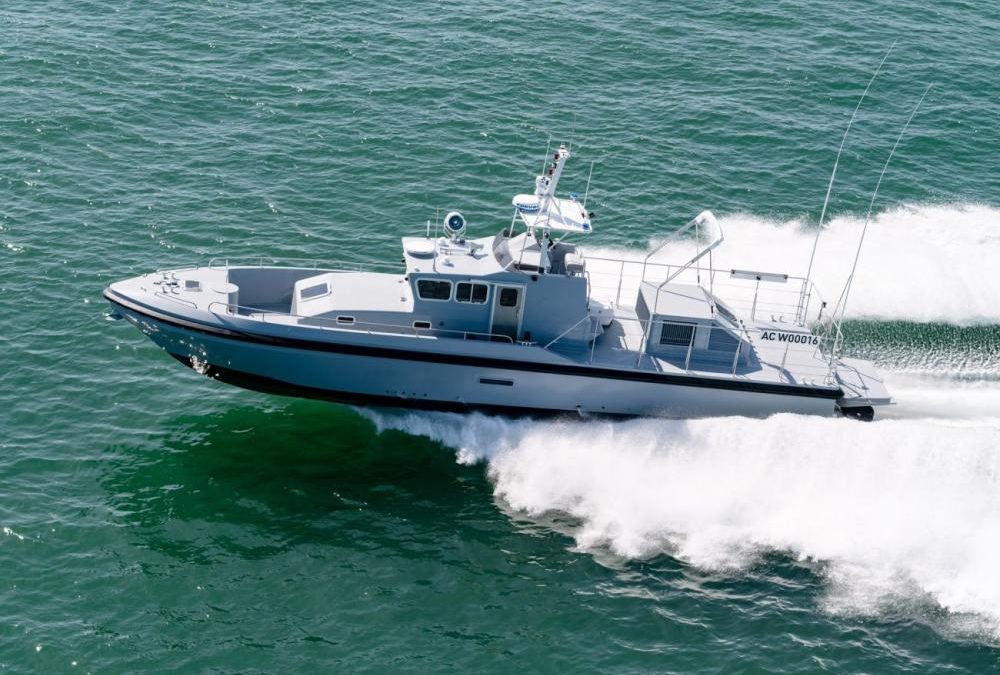 Article published on September 18, 2018 on the Mer et Marine website, find it here.

The Couach project in Gujan-Mestras completed the historic contract concluded in July 2015 for the construction of 79 interceptors for Saudi Arabia. The Gironde boat builder will therefore have taken, in accordance with the contract, only three years to deliver all these boats, the head of series of which was approved in July 2016. This is a real achievement, especially since, according to reliable sources, the entire fleet was accepted in “zero defect”, i.e. without any comments from the customer, despite a very strict double control process, upon delivery in France and then upon receipt in Saudi Arabia.

On this case, it should be recalled that Couach worked as a subcontractor from Lürssen, the 79 interceptors being part of the giant contract won by the German group from the Saudi Ministry of the Interior. A contract that could include, according to the information provided at the time, up to 140 boats from 15 to 90 metres in length (interceptors, launches, patrol boats, support units, etc.) for an estimated amount of over 1.5 billion euros.

Saudi interceptors are composite boats based on a new model developed by Couach, the 1650 FIC. The latter measures 16.5 metres long by 3.7 metres wide, with a draught of 1 metre. The 1650 FIC has inboard diesel propulsion with waterjets or surface propellers as required by customers. The speed can exceed 60 knots for an autonomy of more than 250 miles at cruising speed.

After the construction phase, Couach is now working on the local maintenance of the interceptors under a 5-year contract. The French manufacturer relies on its Saudi branch Couach Saudi Arabia Services for this purpose.